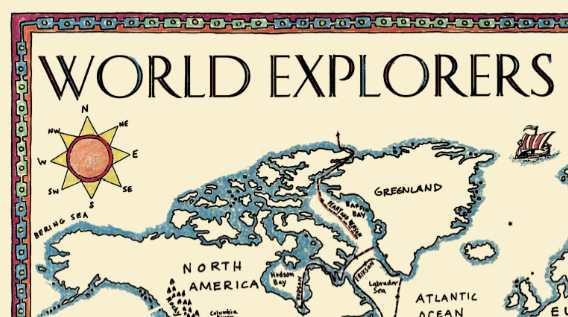 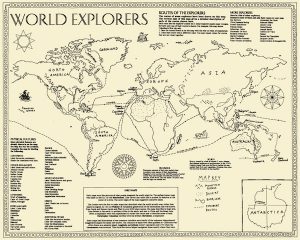 One of the activities of this World Explorers map is to decorate, color in the border, fill in the compass roses (there are 3!) and make a map that has an aged look to it.  Kids love making a map look old, coloring in the decorative details.   Each student’s map is different– no two use color in the same way, and no two have the same touch! 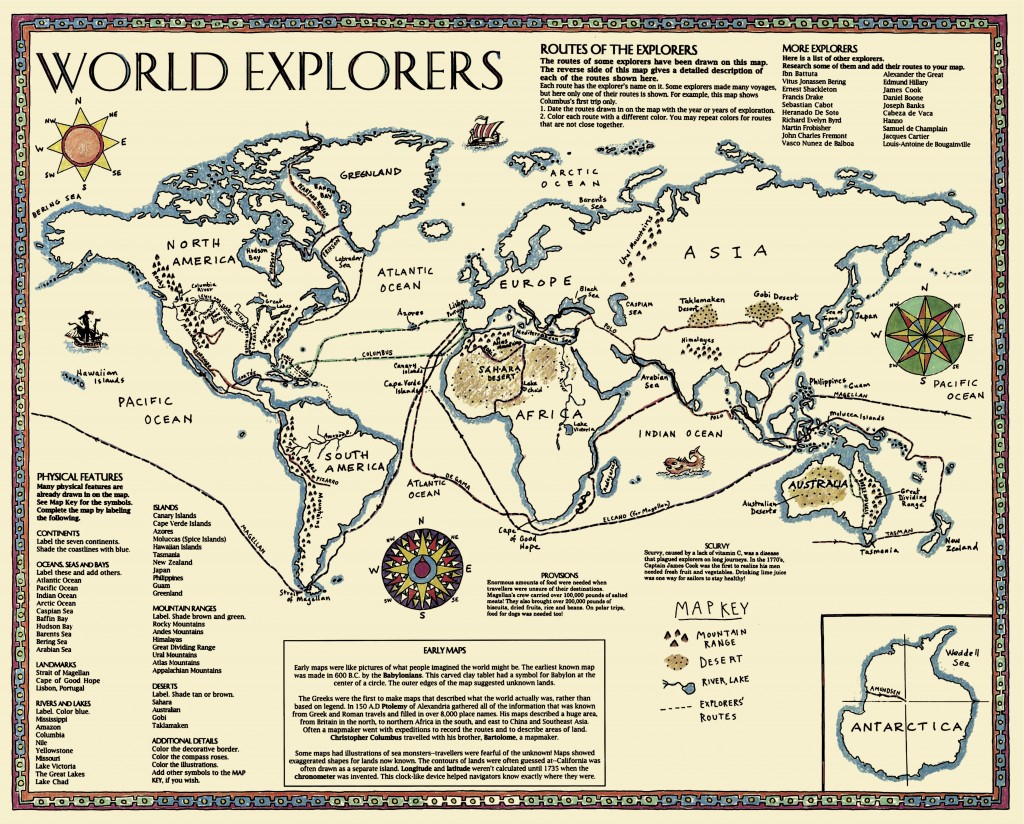 In addition to the activities on theWorld Explorers map, we also included a feature about EARLY MAPS, meant to introduce students to what kind of maps were known at different times, as an encouragement to research more about this topic.

All of this reminds us that early maps had wonderful decorative borders.  Here are a few examples that are notable in the history of cartography.

One of the earliest maps from 1528 was designed by Piri Reis,  an Ottoman cartographer living in the area we now know as Turkey.  This fragment is all that remains of his very early map of North America.  A very detailed border frames what was probably a very simple map that would not resemble what we know of North America today!  If you would like to learn more about this early Man of Maps, go here! 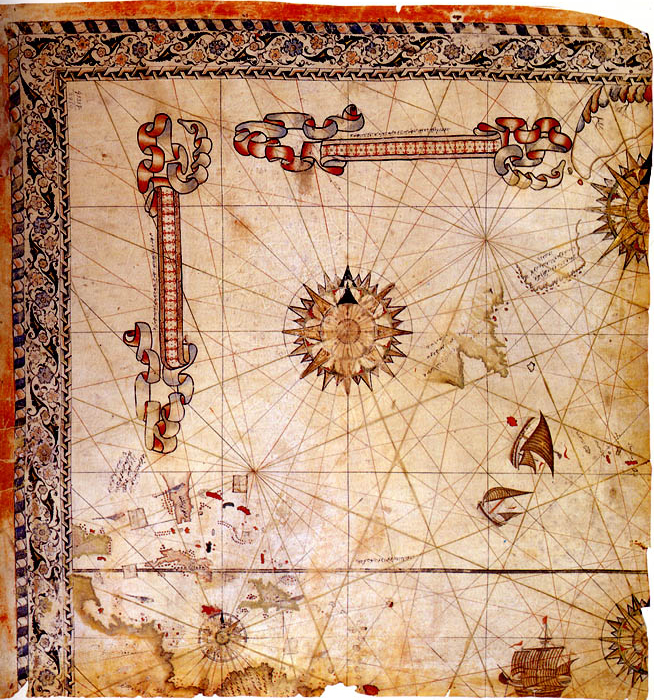 Abraham Ortelius was an early cartographer who made many beautiful maps that were very up to date for his age.  His early map of the World, shown below, features clouds as a border,  surrounding the interior oval-shaped map.  Very painterly!  Learn more about this map here! 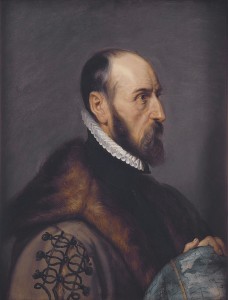 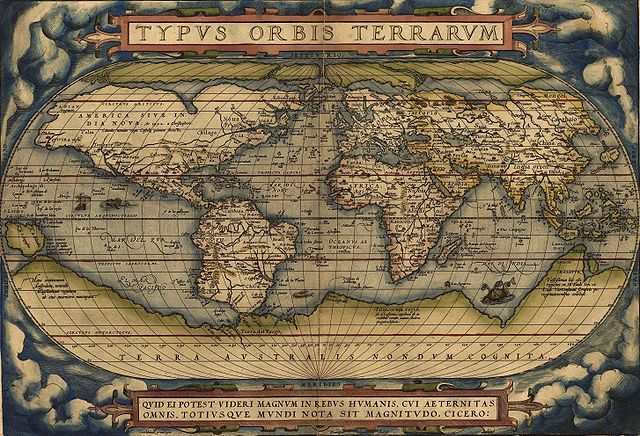 Gerardus Mercator was a cartographer who based his maps on the information brought back to Europe by Spanish and Portuguese explorers.  He was the first person to use the word ATLAS to describe a collection of maps.   Here you can see another detailed border from his World map, designed in 1639.  Like many maps of his time and before, the decorations often included illustrations of ships and even sea monsters!  See more of this  map-maker’s work here. 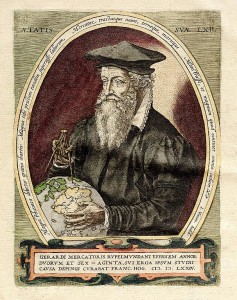 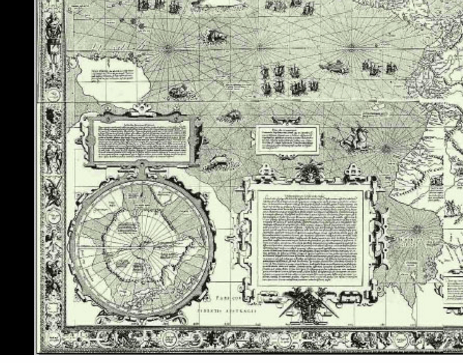 USING WORLD EXPLORERS IN YOUR CLASSROOM

There is at least one grade in every school in America that studies World Exploration.  So when you work with our WORLD EXPLORERS activities, you will see we combine history and world geography with decoration — this makes an appealing learning experience for students!

One teacher said about our WORLD EXPLORERS map:  “I found using the World Explorers map while studying European Explorers to be extremely useful. It allowed the students to put into perspective the miles traveled and the lengths countries went to to add land to increase their power. I also loved the fact the students were labeling parts of the world they may have never heard of before.”

Since our school is a Montessori school, we really value geography and cartography. We use Neinhaus maps extensively, and your maps provide a natural extension. Your maps help us teach U.S. social studies concepts with a hands on component.