Before the advent of the railroad, the Mississippi river boats were necessary for transportation of people and goods along the great river.  These boats were a huge part of the history of early America and the study of our country’s geography. 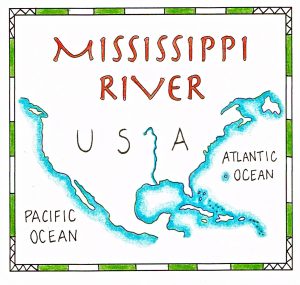 The Mississippi River is the second longest river in North America by length and measures roughly 2,300 miles in length.  The headwaters are at Lake Itaska in north central Minnesota.  This major river of North America passes by or through ten different states as it flows to the south.  It empties into the Gulf of Mexico.

Steamboats were designed for inland use on rivers, and in the 19th and into the early 20th century many went both upstream and downstream on the Mississippi.

People rode the boats to get to places along the river.  Material goods were shipped as well.  When trains started to be established, these river boats became less important.  Trains went in many directions that the river boats did not go!

This old photo from 1906 shows two steamboats in Memphis, Tennessee.  You can see that there was no formal dock in place. Boats were able to pull into shallow water and ramps were put in place for loading and unloading of people and goods. 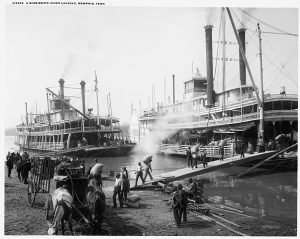 Boats that were designed for passengers often had fancier interiors than those that just moved cargo from place to place.  This painting of the steamboat “Princess” was made in 1861, at the height of riverboat use on the Mississippi. 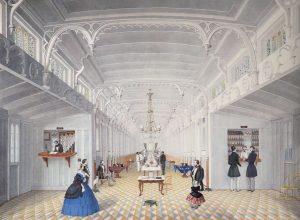 Have your students learn more about the boats on this great river, as well as what is happening in the Mississippi now– its watershed, animals, food, and more:  a digital workshop to use in your class, devoted to the MISSISSIPPI, is part of our new  CartoCraze! Expanded Map Workshops.

This Mississippi file is FREE this school year!  Go HERE to access it.

And learn more about this product that features RIVERS, MOUNTAINS, DESERTS and ISLANDS! 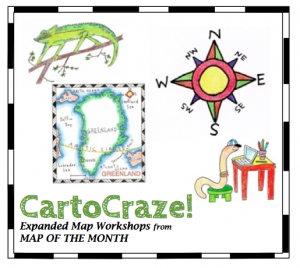 In my classroom, I use the maps across the curriculum as their content extends well beyond History and Social Studies.  My students truly enjoy working on their maps. The North American map is an engaging introduction to 5th grade History and Social Studies as is the Early Civilizations map for 6th grade. As corny as this sounds, I find the maps to be of such value to my students that I have personally purchased the maps for the past two years so that they do not miss out on the experience due to budget cuts in our district.