We celebrate the birthday of one of America’s favorite authors, Jack London, on January 12th.

Jack London was born in 1876.  By the time he was 30 years old, he was already known around the world for two of his most-well loved books: Call of the Wild was printed in 1903, and The Sea Wolf the next year.

Jack London was more than a fiction author, he was also known as a journalist, a speaker and a socialist.  He was a great supporter of lower class people and people in trouble. 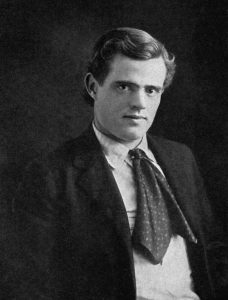 What student has not read and been totally captivated by the story of Buck, the dog hero of Call of the Wild?  All of London’s adventure books were greeted by a hungry public.  As a young boy, he was familiar with dogs, and probably could not have told anyone that his fondness for dogs would contribute so much to his future success. 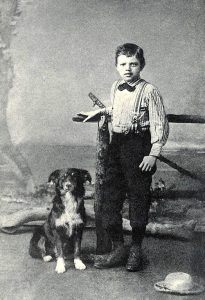 As a tribute to the birthday of this famous author, we present here some of the original covers of the most popular books.  Many of them were beautifully designed.  Today, many of these volumes are very collectable and auction for high prices.

One of London’s first books from 1902, Cruise of the Dazzler, had a wonderfully appealing cover.  It depicts two fast-moving boats and a man hanging from a sail!  Today this artwork would still be considered attractive to a reader, if seen on a paperback book! 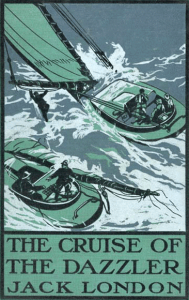 Jack London’s most famous book, Call of the Wild, was published in this edition in 1903.   The following year, it was released again with the same cover, but a different color.  The cover depicts sled dogs, arranged as three horizontal panels, with gilt lettering for London’s name. 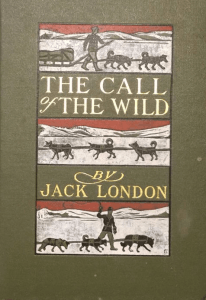 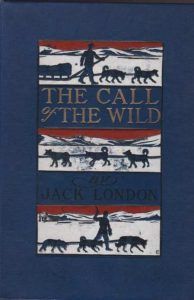 Even the interior illustrations of this book were beautifully done,

by a different artist than for the cover. 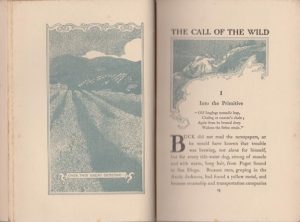 White Fang, one of London’s most popular books, sported this cover in 1906, the year it was published.  White Fang has been made into a film many times, most recently in 1991, starring Ethan Hawke. 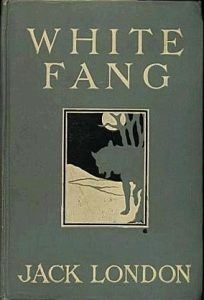 An especially beautiful cover was designed for Star Rover‘s first edition.   In a slightly later edition, it was very different but with a very compelling graphic approach– a lovely spine too. 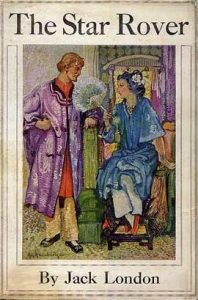 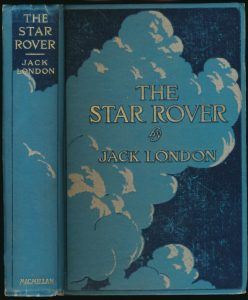 Unknown to many readers, Jack London was also an early science fiction writer.  This book, The Scarlet Plague, takes place in the year 2073, sixty years after a serious epidemic, the Red Death.  The cover is dark and ominous! 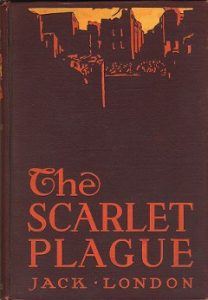 Unlike many authors of his time, London’s books have remained popular and in print in many, many editions over the decades.  Here are some wonderful covers from more modern editions, comic books, and even in other languages! 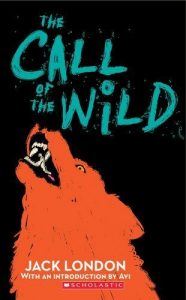 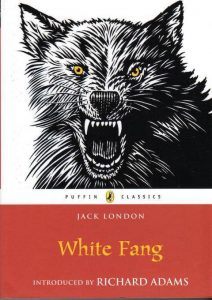 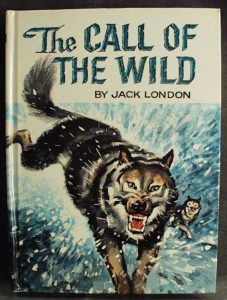 When London died in 1916 at the age of forty, he had published 46 volumes of fiction and essays. Five more books came out after his death.     For those interested in London’s work life and career, there is even a magazine that follows him.   And you can visit his home in California!   If you were a fan of Call of the Wild as a student, or White Fang, why not try one of his other books as your homage to this great American writer’s birthday! 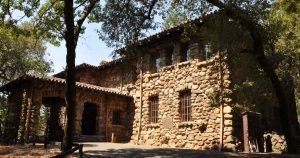