Maps for the Classroom Galapagos: new species of giant tortoise!

The Galapagos Islands are featured in CartoCraze! Workshops. This week we learned that a new species of Giant Tortoise was found on the island of Santa Cruz, in that cluster of islands known as the Galapagos. 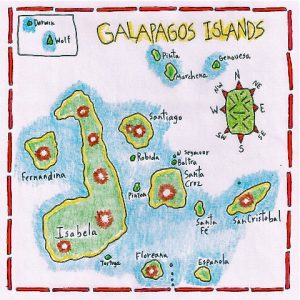 In the past, it was thought there was only one species of Giant Tortoise, Chelonoidis porteri on the island of Santa Cruz.  A recently published report reveals evidence that, due to study of genetics and careful measurements, another species has been defined.  It is being called Chelonoidis donfaustoi.  The tortoises look very similar, but there are differences.

Only 250 of this newly identified species seem to exist, all which were previously grouped with the original species.  So now the numbers for that original population have been reduced by that number of 250. 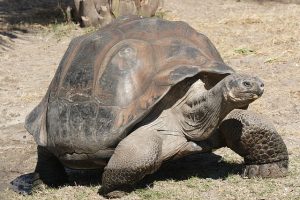 The article, which you can read in full HERE, includes this in its conclusion:

From a conservation standpoint, recognition of this new species will help promote efforts to protect and restore it, given that its low abundance, small geographic range, and reduced genetic diversity make it vulnerable. In particular, further investigation is needed to better determine C. donfaustoi‘s population size and structure, range, movement patterns, location of nesting zones, and habitat requirements, as well as ongoing threats and effective ways to mitigate them. “